These chicken pot pies will warm you from the inside out on a cold day. Ultimate comfort food! 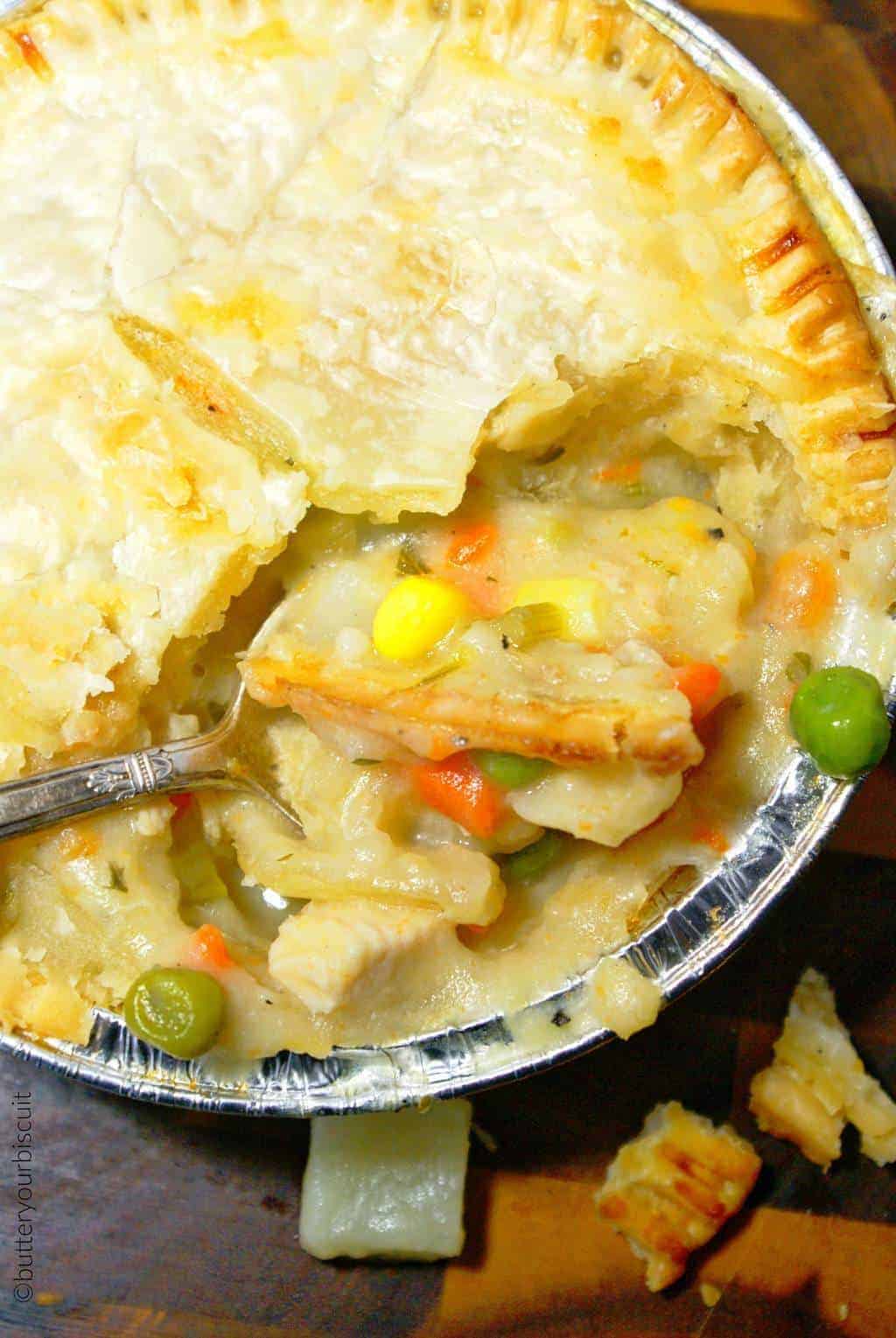 These chicken pot pies have a buttery flaky crust and loaded with tender chicken, potatoes and lots of veggies. A true family classic! 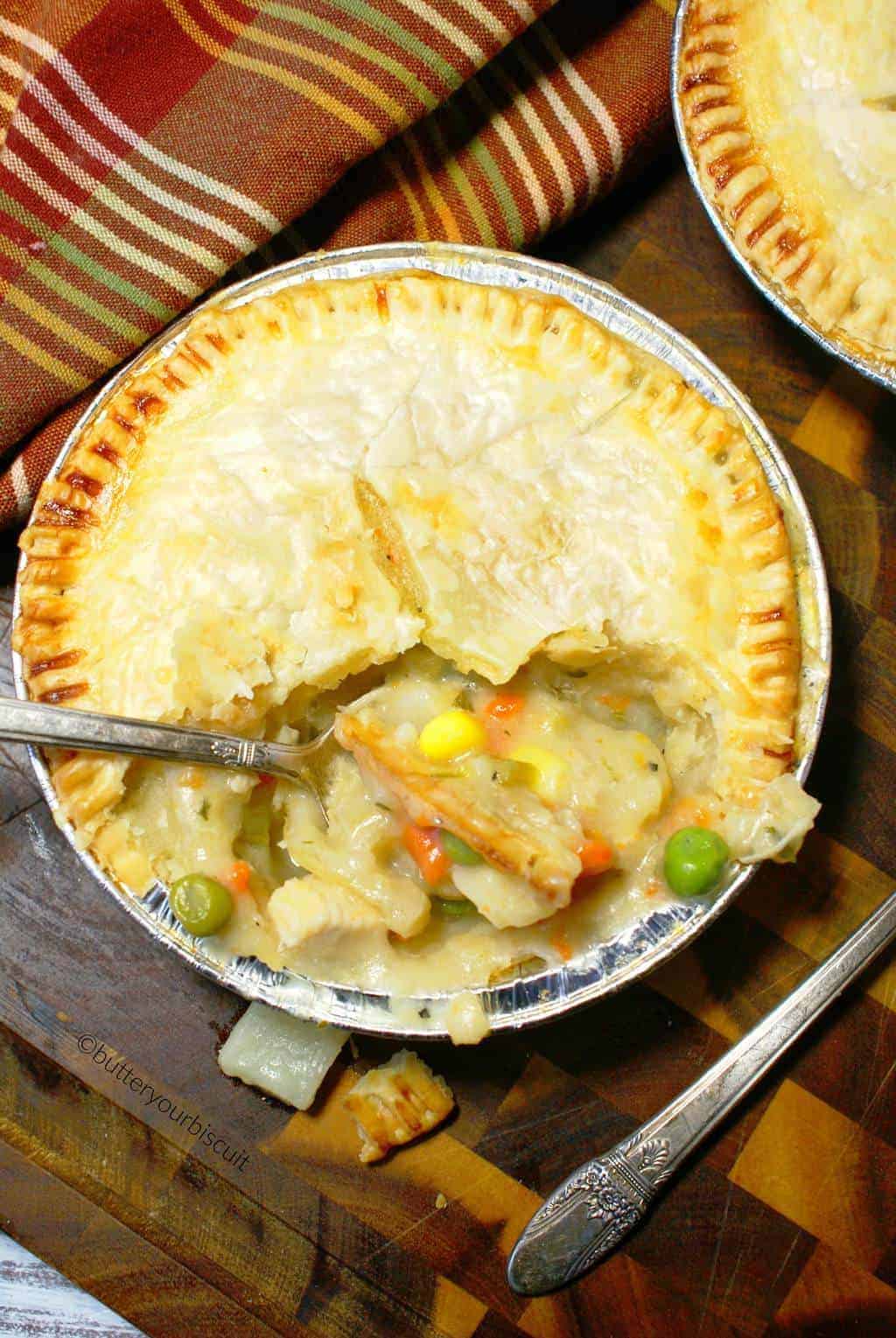 It’s a great way to use left over turkey for Thanksgiving! Whether you use chicken or turkey I suggest make a bunch because they won’t last long! 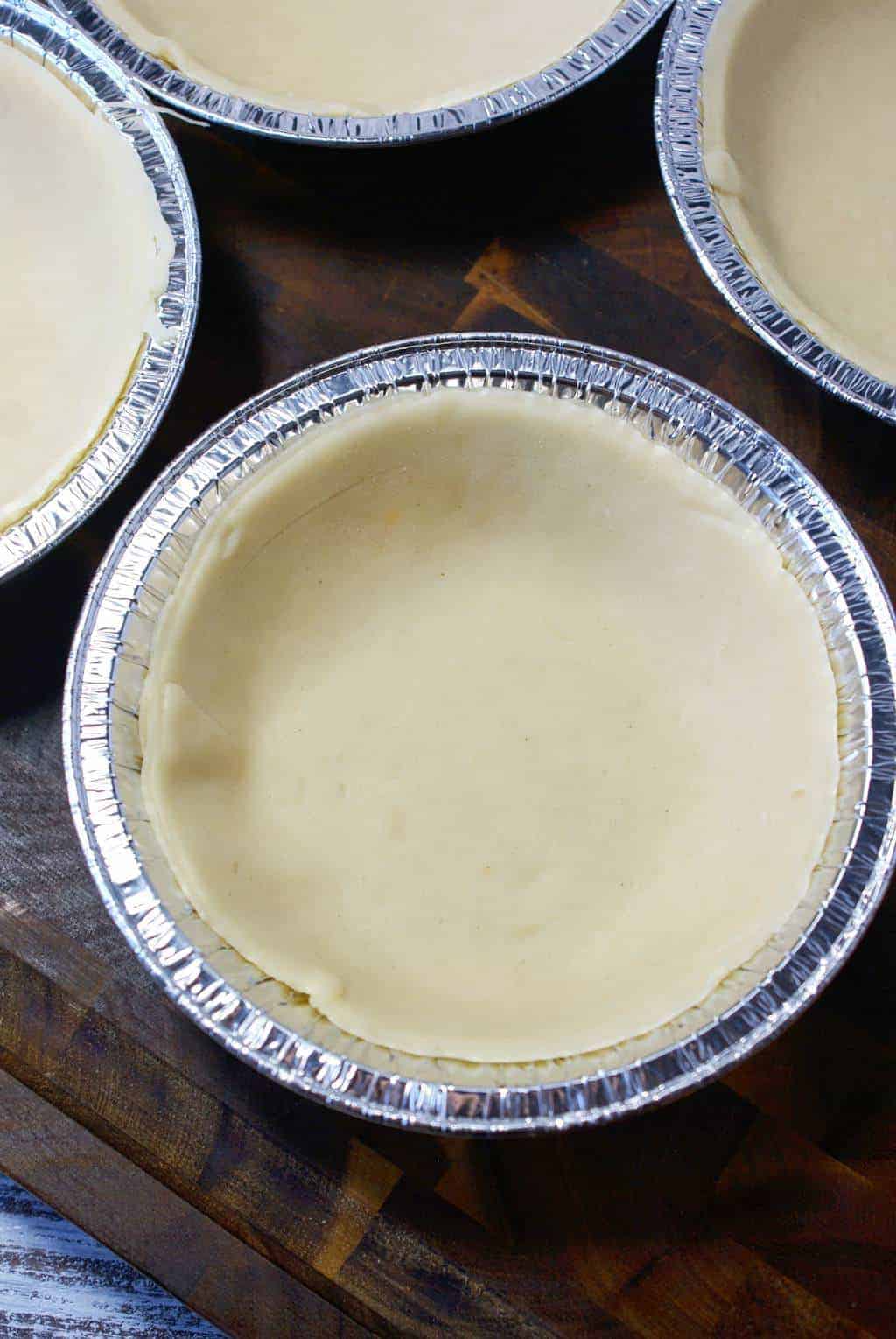 I found these disposable 5″ mini pie tins on amazon, but I have seen them at the grocery store also. I just bought pie crust but you could totally make your own which would cut down the cost. The pans from amazon are 5″ across so they are perfect for single servings. I just used a small bowl and larger bowl to cut my circles out for the crust layers. 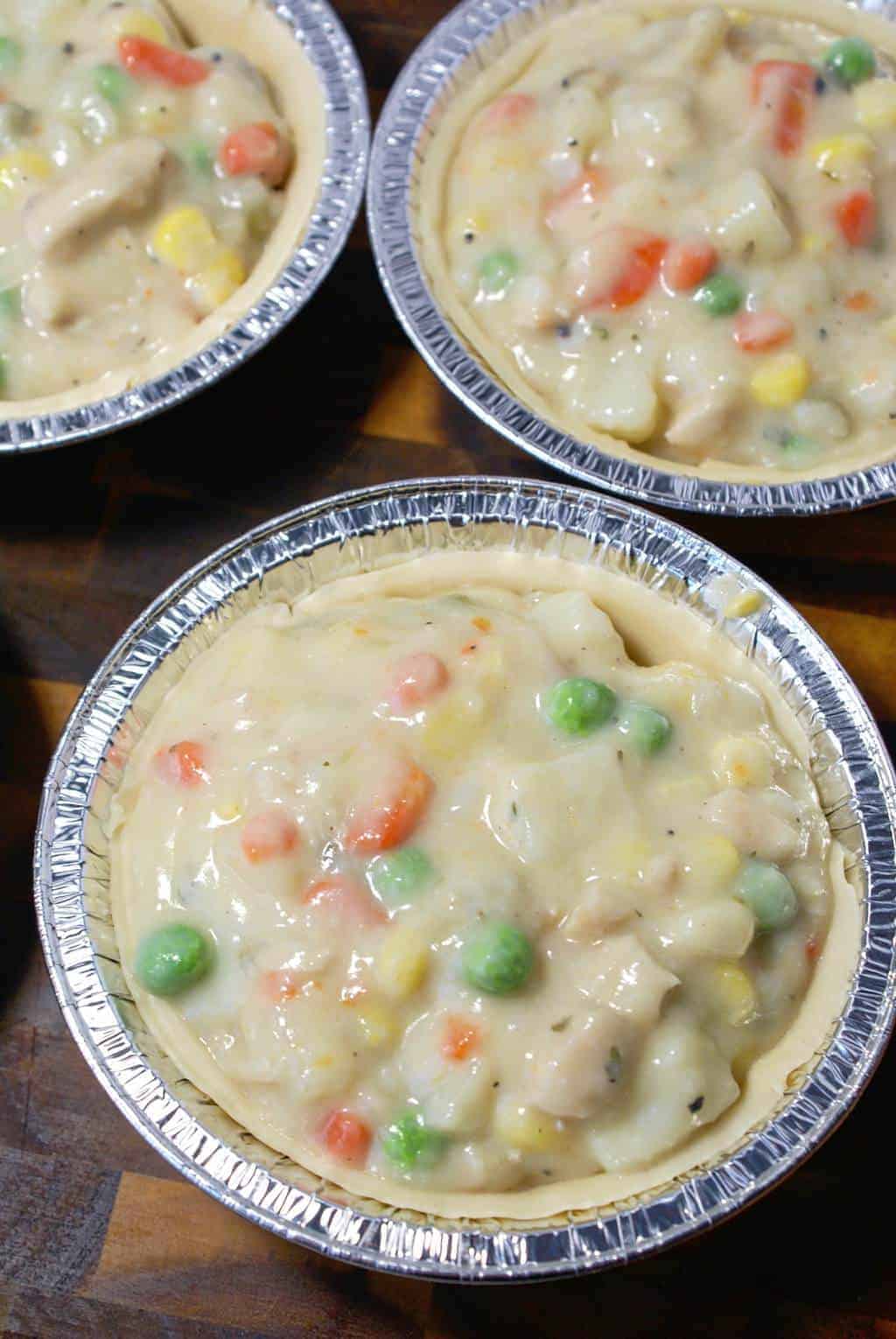 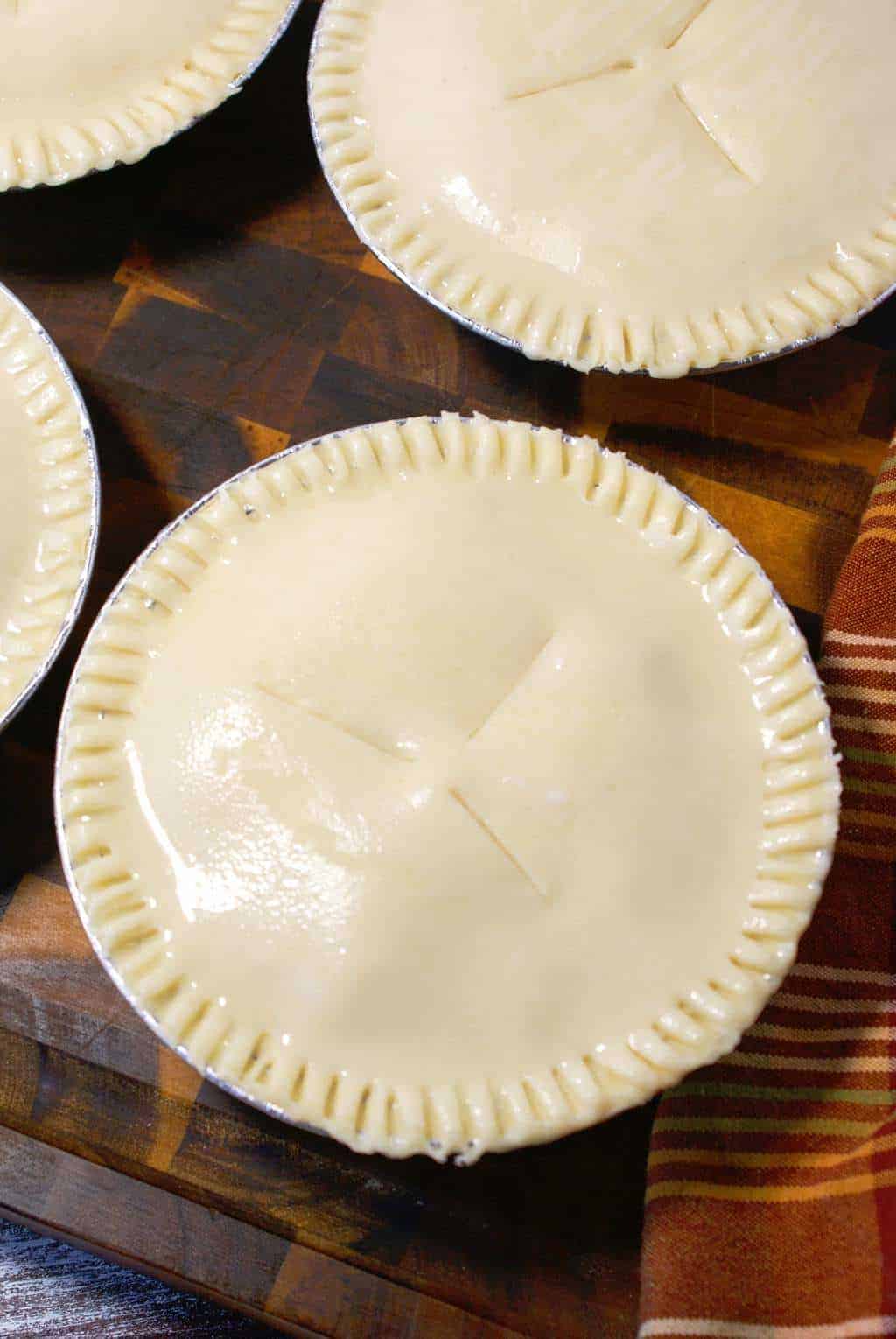 Place the top crust on and use a fork to pinch the edges to keep the filling from bubbling over to much. Cut three slits in the top to let the steam escape. Brush the egg wash over the top crust so it gets golden brown while baking. 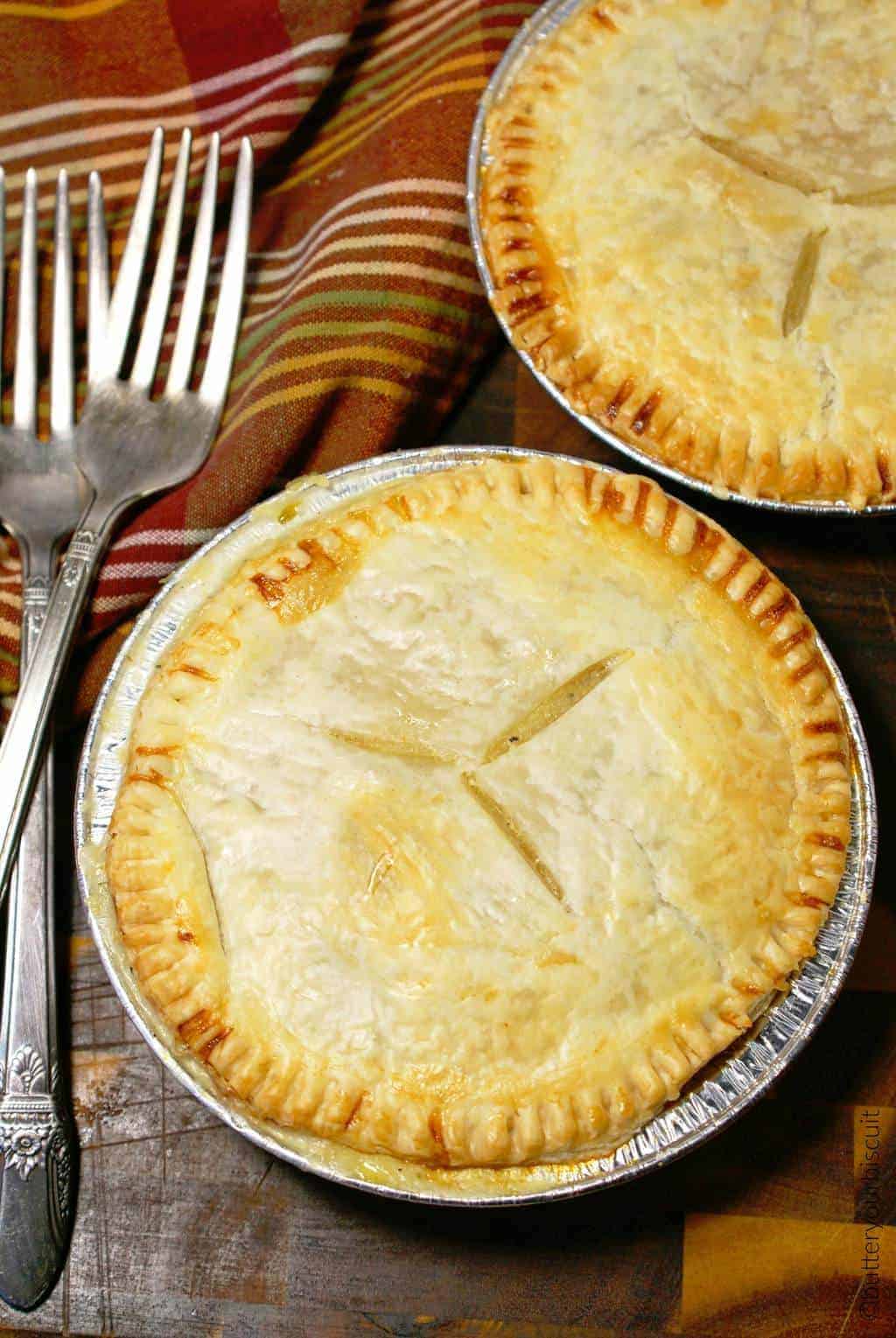 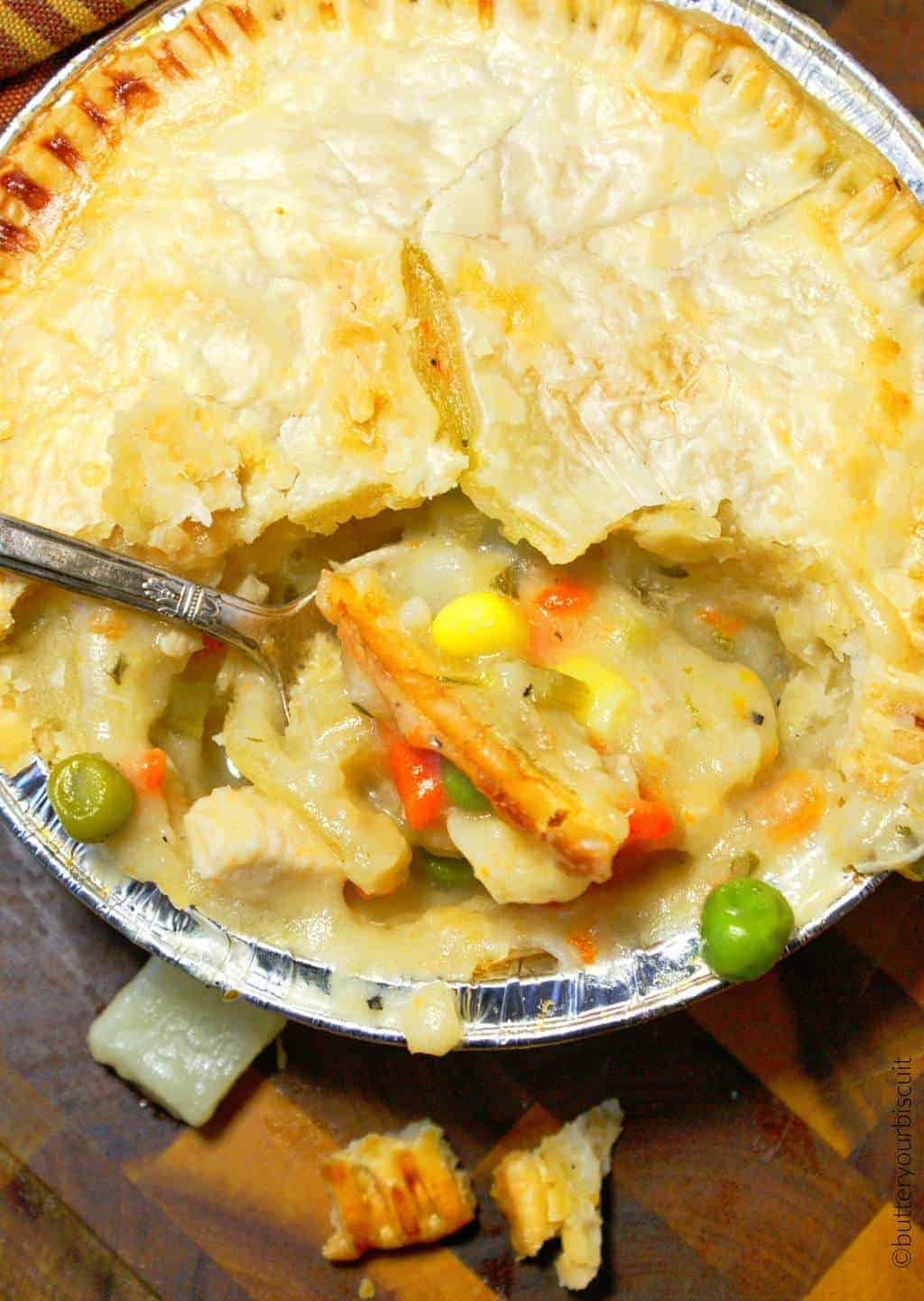 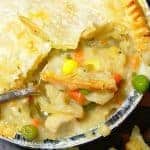 You could double the amount of pies this makes if you only use a crust on the top.

If freezing cool pot pie filling down before freezing, Once assembled place a small piece of parchment paper over the top then wrap in foil. freeze up to three months.

Hi There! Welcome to Butter Your Biscuit. This is where I create simple, savory, and sweet recipes that anyone can make from home. Read More…